The article, The Cognitive Benefits of Being Bilingual, states that there are consequences to being bilingual and can have improvements in language. When a person knows two or more languages- both languages are active at the same time. A person’s brain would automatically think about a few words that begin the same way the word being said is. If a person hears the word “act”, the other words that are initiated are active, activity, or action. This is because the productivity (number of messages that can be formed) starts before the entire word is being said, the sound comes in sequential order. With a bilingual person, the person is not limited to thinking in one language.Just hearing a word activates comparable words no matter which language it is in. The improvements in language can help with processing information to make it easier for learning. They can learn a third-language faster and easier than a person learning a second language. A monolingual person does not have the best ability to focus on the new language’s information, because they can not reduce the intervention of the only language known to them. 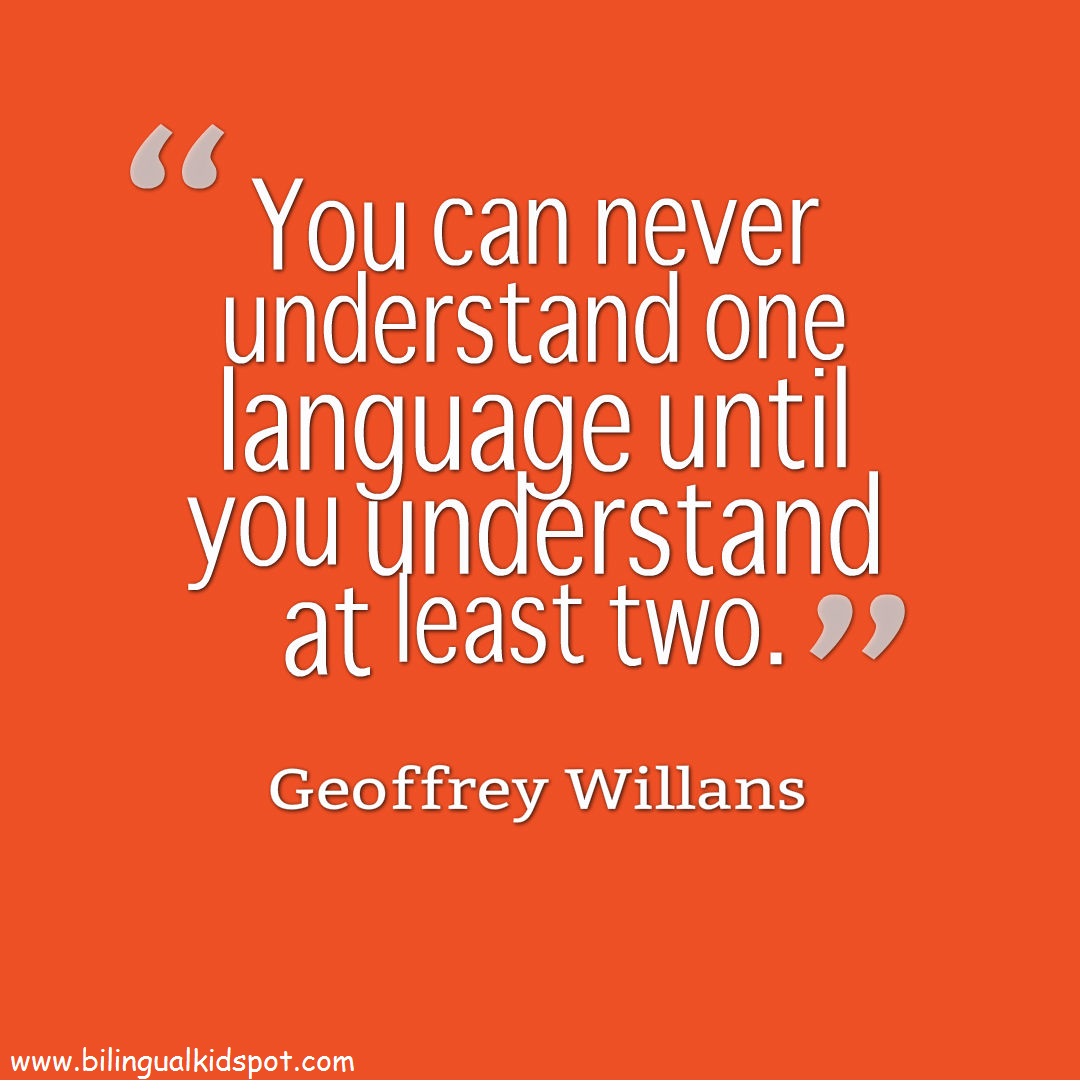 Only knowing one language is a part of life but knowing more than one is a privilege. It is a privilege because you have the ability to sharpen your cognitive skills, switch between tasks better, and can delay neurological disorders. All of these advantages are the reason why people want to know and learn more languages. They are important and helpful assets to life, not only for the brain but also in life. It helps to know more languages when traveling and with jobs. It just increases the number of places and positions that are available. These reasons prove that being bilingual is beneficial.

The Cognitive Benefits of Being Bilingual

Flashbulb memory is a vivid, detailed, and confidently held memory for the circumstances surrounding when you heard some startling news. And I wanted to find out just how accurate a flashbulb memory is. First I stated with this video explaining basic information of this type of memory then I went to an article on some studies done.

The term “flashbulb memory” was coined by two people in 1977: James Kulik and Robert Brown. And this video states that this is formed after an event that was emotionally intense and very upsetting. Although we do not know exactly how the flashbulb memory is formed but from fMRI brain scans scientists claim there are two parts of the brain that are involved. The amygdala and hippocampus are the two parts of the brain. This video also explains that the memories are not always accurate in the details and the memories can become rehearsed. As they are rehearsed- the brain tries to fill in gaps of the memory and does not realize what it is doing because it fits into the scenario. From a study done on the tragedy of 9/11 – the subjects’ memory on the day of 9/11 and a few days before the attack were both equally as inconsistent. From this video, it really hit me that no matter how traumatizing or surprising a memory is – I will most likely forget some part of the details and replace it with something that would make sense in the situation.

The article explains through different studies how accurate or not a certain memory is. And with one of the studies on the flashbulb memory comparing factual memories- the researchers made the conclusion that both the memories became consistent after forgetting some bits of the information of the events. Although they could not find the consistency in the stories, they found the inconsistencies to be similar. Like people would misremember and change who they were with or how they felt during the event. And this was because over the times in the study it was hard for the person to get back into their feelings at that moment.

My conclusion from the video and the article is that flashbulb memories can be accurate but to a certain extent. Like a person would forget small details but they would not forget the event as a whole. From doing this research, I want to ask different family members with dementia about their flashbulb memories and what they can remember from the event.

The term cocktail party effect was stamped by Colin Cherry, a British Psychologist. He conducted experiments to figure out how people listened. One experiment he had different overlapping messages that were recorded and the participant had to focus on one of the messages. The one message the participants focused on- had to written down. When concentrating enough the participant could write the message down.

The cocktail party effect is a psychological process that affects one’s auditory attention. You have the ability to focus attention on a particular stimulus while filtering all of the other stimulus around. This is the same way a person at a party can focus their attention on a single conversation in the no 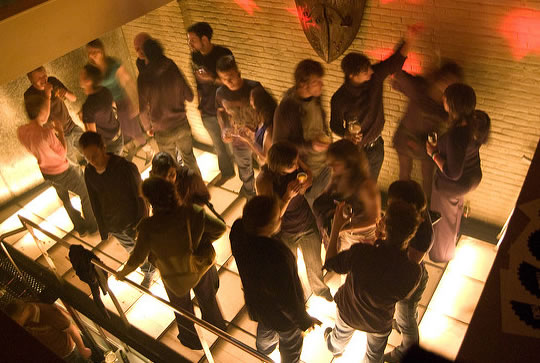 isy room. I would compare this to being in the U.C. and trying to hold a conversation with a professional or a family member over the phone. We have the one stimulus that we focus on (the conversation with the professor or family member) and filtering out the surrounding noises (conversations, the sounds of phones and music). This process exercises your selective attention.

This process basically explains my life – in college and at home. At college, there is someone constant talking to somebody about something no mater where you are on campus. You either listen and focus on your conversation or listen and focus the conversation happening around you. Whether someone talking to you or not – the process is being applied to the situation. You are still focusing on a single thing and blocking out the distractions. At my house is the same thing- a person is always talking.

For anybody that was on social media a couple years ago, we all remember this dress and the controversy associated with it. How it had everybody discussing if the dress was blue and black or white and gold. Whenever I asked someone this,if the person said white and gold – I would ask “How do they see those colors?” Because I always saw and still see black and blue. But now that I have started to learn about perception and the visual system, I understand more why people saw/see different colors. 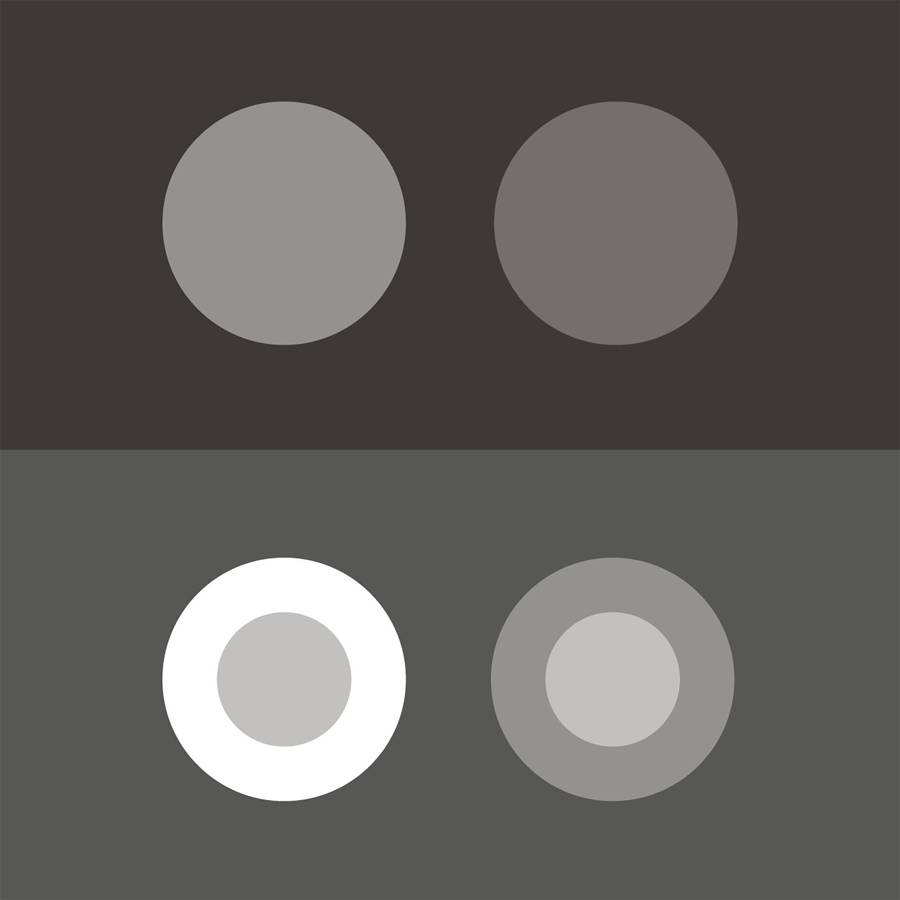 It also happens in this picture too. With this picture, the shades of grey seem different but they are really the same shade. The light just makes your eyes perceive the colors different than what they actually are.

Hi, My name is Tenyia Smith and this is my test post.