The other day I stumbled across this really fascinating video titled “Pediatricians Debunk 16 Baby Myths” by Insider. As someone who loves babies and is interested in development, I watched it and was fascinated to learn some of the myths that people believe and why they were incorrect.

One of the ones that stuck out to me, however, was the myth “Playing classical music can make your baby smarter”. The experts said that sensory stimulation like music is very beneficial to the development of the baby, but it is certainly not as powerful in influencing intelligence as back and forth interaction between a baby and its caregivers.

Since we were talking about intelligence in class, I decided to do some research into where this idea came from and how it has seen a loss in relevancy. I found an article that described the timeline of the “Mozart effect”. It credits the origins of this myth to a study conducted on college students. They were given different listening states for a while, then given spatial IQ tests, and those who listened to the classical music showed higher scores in spatial IQ than those who didn’t. However, “The effect lasted for 15 minutes” (Quartz). For some reason, people took it and ran with it and turned it into something beyond that original article ever claimed. I found a shortened version of the findings in a 1993 editorial of the Scientific Correspondence. In the discussion section, their goals with this information did not really go beyond hoping to “optimize this effect” (College) and to try applying it to general intelligence.

Since then, there has been research looking into the craze that took over parents to play Mozart for their kids. Most of them disprove the idea that it is a guarantee to ensure a high IQ for children. One study in particular showed that actually 10 and 11 year olds were better able to do a paper folding activity better after listening to pop music than kids who were listening to classical. Later on, in 1999, someone at Harvard wrote a meta-analysis looking at 16 studies about music and cognitive ability. They found that the main cause for increased displays of intelligence after listening to music were due to “enjoyment arousal” (Meta-analysis). This means that someone listening to Mozart who doesn’t really like or understand music might not get much out of it. However, someone who already studies it or interacts with it can be stimulated enough to perform better on certain IQ tests.

This could possibly mean that someone who really loves dance could perform better on an IQ test after watching dancing. Or the same could go for an art student after walking around a museum. The real change comes from the “enjoyment arousal” and there should be more focus on that idea than specifically Mozart’s music. Imagine if, instead of believing in the “Mozart effect”, we held and had proven the idea that allowing children to be stimulated by things they enjoy would raise their IQ scores. That might completely restructure the way we educate and measure the IQ of our children. 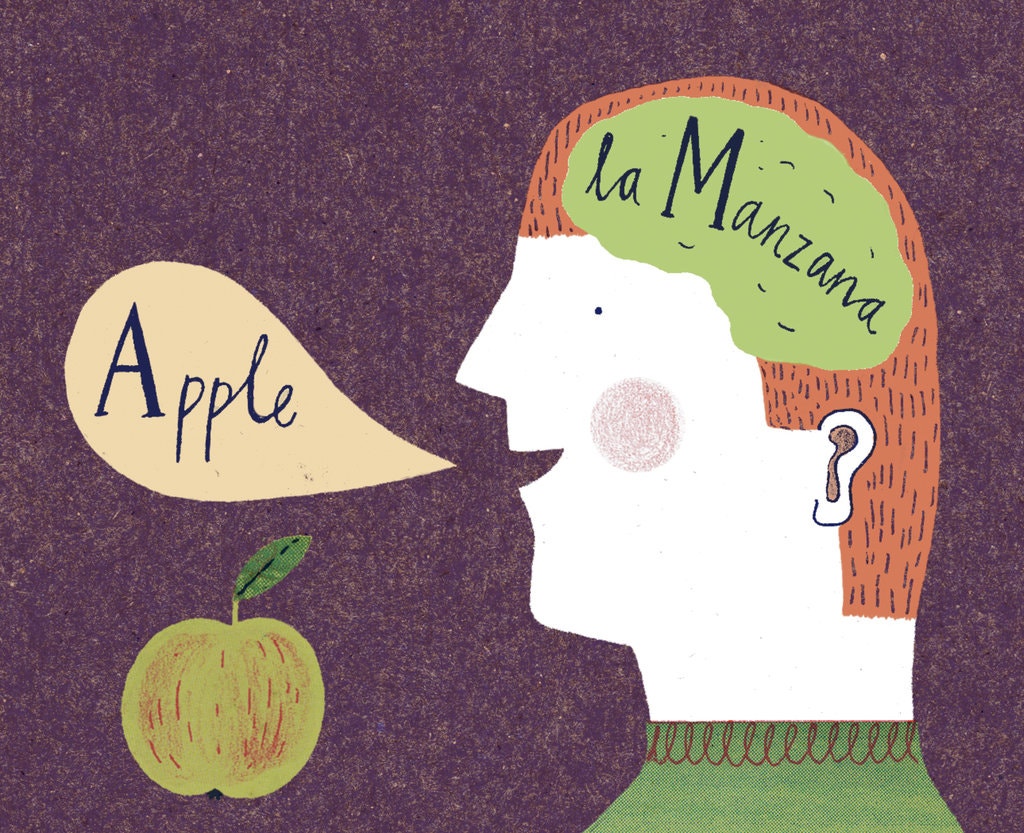 As a bilingual child, I heard my mom say that my ability to speak two languages would be helpful beyond my being able to understand what both my family and my peers were saying. She said that there was research that suggested that people who are bilingual tend to be good at many other things as well such as math skills. As we were discussing language in class, I started thinking about those claims. I decided to look around and see what current research had to say about the subject.

I found this an article from the New York Times titled “Why Bilinguals are Smarter.” Seeing as how we just did a ZAP about intelligences, I found this to be an interesting claim. The article referenced a study done in 2004 which showed that bilingual children were faster at a sorting task which involved switching of sorting requirements than children who only spoke one language. The article then went on to say that other research has shown that bilingualism improves executive function.

The article did not mention any of the specific intelligence tests that we discussed or really go into any of the phonological phenomena that go on in the mind of a bilingual person. However, in introducing why bilingual people are “smarter”, the article stated that “there is ample evidence that in a bilingual’s brain both language systems are active even when he is using only one language, thus creating situations in which one system obstructs the other.” The argument following was that this interference strengthens the systems. While “language systems” is not very specific, I’m sure phonological awareness is a good place to start taking a deeper look.

While I did end up enjoying math in school, I can’t really know if that came from my acquisition of German as well as English. The evidence suggests that bilingual children are “smarter” and while I dislike that term, I do think that the bilingual children in our country are sometimes not respected for the brilliance that they are capable of. The skills that bilingual people, in this case children, have at their disposal from speaking another language are remarkable regardless of intelligence and this research does not even touch on the many cultural and social benefits that are gained by having bilingual people in society. Whether or not learning another language will make a child smarter, we should recognize and be sensitive to the strength and talent that all children have, especially bilingual children. 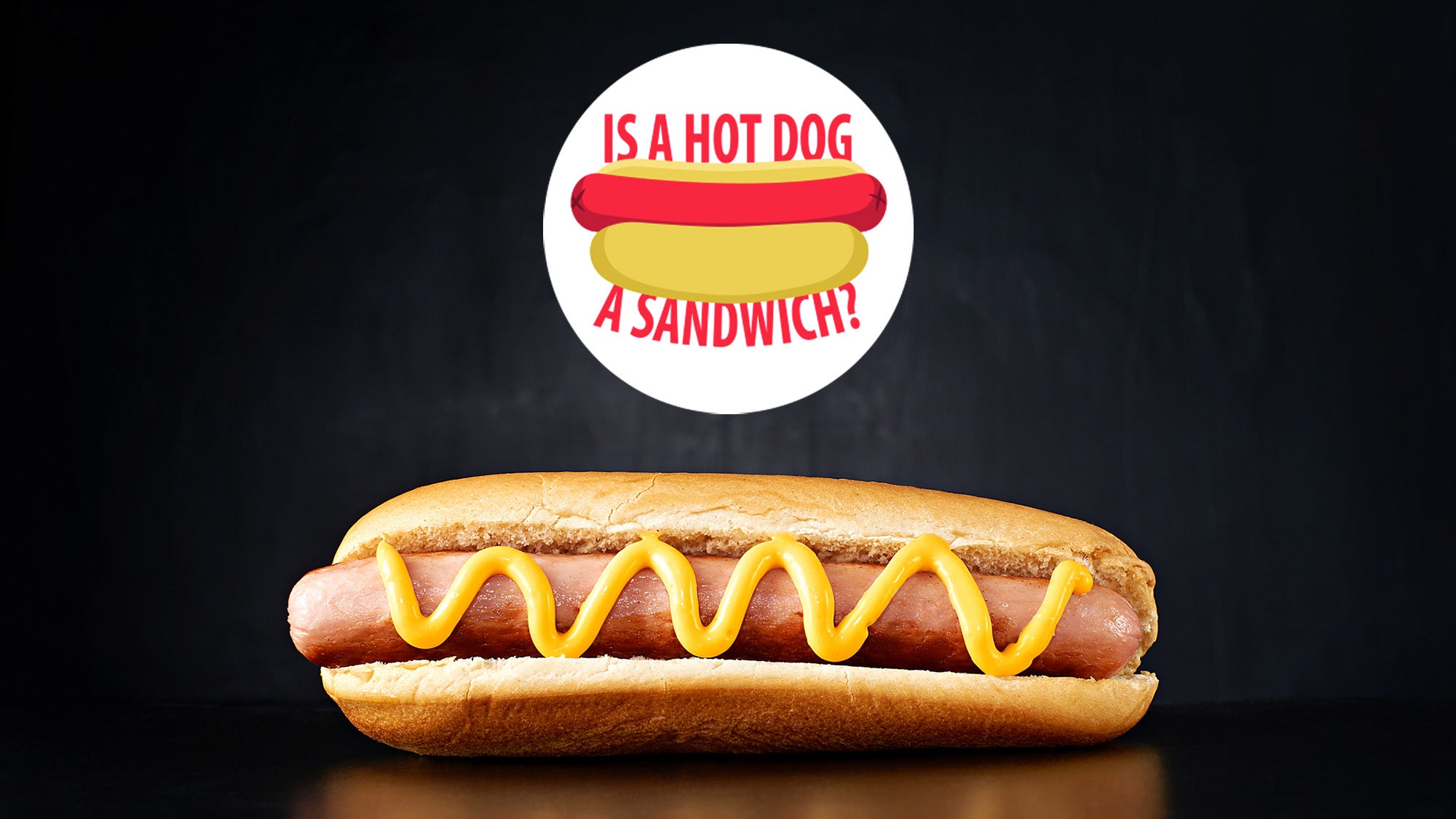 This question has been tormenting the public for a long time, but resurfaced recently with a new vigor. USA today wrote a post on this very subject in 2015.

In the article, Lindsay Deutsch reports that the National Hot Dog and Sausage Council made the official verdict that a hot dog is not a sandwich. They said that it “is truly a category unto its own (USA Today).” It is interesting that they used that exact wording as the reasoning for that decision as categorization is indeed what makes this decision so difficult to make.

We as humans with highly complicated brains in a highly complicated world, like to sort the things in our environment into categories. Some things, such as faces, have their own process that involves a template matching system as opposed to a feature-by-feature system. There are different theories that discuss the  way we categorize items in our world. These theories include the idea of prototype and exemplar. We use an exemplar or representative from a category that we compare the new item to to determine whether or not it should be in that category. A prototype is kind of the most average of that category. And then there are some categories that have hard and fast rules that, if unmet by the new item, will not make it into the category.

This made me wonder, what do kids think about the hot-dog dilemma? At what point do we make the categorical decision. I wasn’t able to find an article about that specific question, however there was a study done that looked at young children’s abilities to categories fruits and vegetables and how that related to how picky they were. They got close to 80 kids, ages 2-6 and also a control group of adults. They then gave a typicality survey of the vegetables and fruits to the parents who indicated, as we have discussed in class, that apples were the most typical fruit, and carrots the most typical vegetable. They had the kiddos sort the veggies and fruits, and found that the youngest ones did have the lowest accuracy rate, but that it was still pretty high. 73% of 2-4 year olds put veggies in the veggie box, but 44% put fruits in the veggie box too. Both of these numbers got better in the 4-6 year old range, however, with significantly fewer fruits in the veggie box.

What does this mean for their ability to categories foods? One of the conclusions that the researchers made was that food has taxonomical categories and conceptual categories, the taxonomical being the “true” societal, operant definitions while conceptual relating more to the perception of that food. They said that “we can assume that the children had not yet completely developed taxonomic categories within the food domain and mostly used perceptual cues to categorize items (Food rejection).” This means that they will probably continue to develop taxonomic categories that will conflict with their conceptual categories and probably also have difficulties answering the age-old question: is a hot dog a sandwich?

If you are anything like myself, you derive a confusing amount of pleasure from watching people cook and eat food. It is very possible you are like me due to the immense popularity of food videos on the internet, with one group making a beautiful come-up: the Test Kitchen at Bon Appétit. If you have not watched these videos, treat yourself to a half an hour watching Claire Saffitz deliberate for days about how to reverse-engineer a jelly bean, laughing at Brad Leone’s funky fermentation experiments, or admiring the super-tasting abilities of Chris Morocco. You will not be disappointed.

One of the most recent videos I watched was “Pro Chefs Blindly Taste Test Snacks”. It included nine of the test kitchen chef’s, all tasked with determining the flavor and country of origin of certain snack foods… while blindfolded.

While it is interesting to watch them go through their processes, it does in fact relate to cognitive psychology. Each chef goes through a careful process of first feeling the snack with their fingers, smelling it, and then tasting it. While they taste it, they take into account both the flavor and texture to make a guess as to what the snack is. In this way, they are continuing to build on the information that they are acquiring to make a conclusion about the thing that they are eating. This is similar to the process that goes on in our visual system to construct a final image. Our eye receives information about the shadows, lines, shapes, movements, and colors in front of us to create a whole picture. However, even when their eyes are being covered they are able to be involved in this processes.

Top-down processing is also taking place, especially with the snacks that are very familiar. For example when the chefs were presented with Takis, Priya Krishna immediately said, “I can tell you what this is without even tasting it.” Her answer was correct. She was using her top-down processing to have her experience tell her what the snack was with the least amount of bottom-up information possible. Her expectation after feeling the shape and texture told her that the only explanation was for that snack to be a Taki.

Thanks everyone for reading and as Brad would say, “bone appatyeet!”

My name is Sabine Wills and this is my test post!