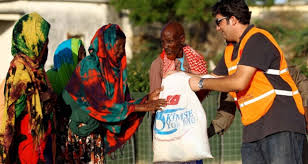 Language is arguably one of the most important cognitive abilities humans have. It is what allows us to communicate with one and other, convey emotions, and express emotions. That is why for cognitive psychology finding out what can impair a child’s ability to perform language skills is very important. The University of Chicago did a study to see if there are any indicators of future problems with learning language skills. First they looked at children from different economic statuses. In general, they found that economic status did not have an impact on future language capabilities. Although, they did find that how children learned language was different depending on their economic status. Then, they looked to see if they could predict language learning skills in infants based on the gestures they make. They videotaped children with their primary caregivers and were able to see that early gestures can be used to identify children with brain injuries that could lead to delay in language. The researchers also used what they saw to develop four hypotheses on language and learning development: early gestures can be a diagnostic for language delay, encouraging gestures can lead to children having a larger vocabulary when they start school, Diversified vocabulary use by caregivers can help children gain vocabulary and syntax, Specific word use can increase children’s understanding of numerical and special thinking. I think this article is interesting because it shows the importance of cognitive psychological study in the real world. It would make a huge difference in a child’s life if they can be identified as at risk of slow language learning before they can talk, this would allow them to get the help need immediately and not fall behind. Also, it would benefit any child if their parents understand the way to help them gain additional, more complex, language skills

I think this shows greatly how important all aspects of psychology are important to each other. The studying of the same trait, the need for cognition, has led to many advancements in both social and cognitive psychology.

As this Washington Post article by Terrance McCoy describes, a computer developed by Russian scientists passed the Turing test at the 2014 Turing Test, held by the Royal Society in London. Fittingly, the event was held in honor of the 60th anniversary of Alan Turing’s death by suicide. The computer, named Eugene, managed to convince 33% of the judges at the event that they were talking to a 13-year-old from Odessa, Ukraine. However, there is some controversy because some have complained that the fact judges believed they were talking to someone speaking in their second language may have skewed the result. Despite this, Eugene’s success at the Turing test has gotten people talking about the possible repercussions of having machines with human intelligence. For instance, human intelligence in computers would be a worrying development in cybercrime and could change the relationships we have in the future, like in the movie Her, according to McCoy.

I think that as we learn about human cognitive processes in class this semester, it will be interesting to think about how these processes do or don’t separate from machines with artificial intelligence.