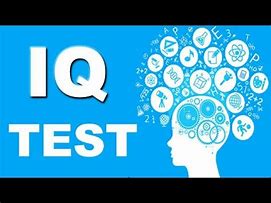 “Historically, IQ was a score obtained by dividing a person’s mental age score, obtained by administering an intelligence test, by the person’s chronological age, both expressed in terms of years and months. The resulting fraction is multiplied by 100 to obtain the IQ score. For modern IQ tests, the average raw score  is defined as IQ 100 and scores each standard deviation up or down are defined as 15 IQ points greater or less. As such, around two-thirds of the population scores [are supposedly] between IQ 85 and IQ 115.”

Now, I put an extra emphasis on supposedly above. You can probably take a guess as so why I did this, and if you guessed that it has to do with differential scoring among ethnic and racial groups then you would be correct. That brings into question: why do some groups of people have higher average scores on IQ tests than others?

Despite coming into being over a century ago, IQ tests are still widely used today to measure an individual’s mental ability. In America, these tests show significant differences in scores (lower) when it comes to demographics of different racial and ethnic backgrounds other than white. According to Daniel Murdock, there are two potential reasons for this.

Firstly, there is a possible genetic factor that could impact intelligence testing. Most researchers believe there is a reaction range to IQ, in which heredity places an upper and lower limit on the IQ that can be cultivated. This has been found through family studies, that show that intelligence is highly correlated among members in immediate family. Further supporting studies are twin studies that show that intelligence is more highly correlated among monozygotic twins than dizygotic twins. Interestingly enough, adoption studies that show that the IQ scores of adopted children somewhat resemble those of their biological parents, giving weight to the biological/hereditary perspective.

There’s also an environmental perspective to consider. While studies have supported genetic factors, we can’t do away with how the environment can play a part in the development of intelligence. To this end, we must understand the concept of epigenetics. Epigenetics is “the study of the process by which genetic information is translated into the substance and behavior of an organism: specifically, the study of the way in which the expression of heritable traits is modified by environmental influences or other mechanisms without a change to the DNA sequence” according to Dictionary.com. Simply put, epigenetics is the study of how the environment manipulates the expression of genes without actually causing structural changes to the genes.

To that end, we must find support for the influence of the environment on IQ – family and adoption studies. Adoption studies provide evidence that our upbringing plays an important role in our mental ability – adopted children show some resemblance to their adoptive parents in IQ. Family studies also show that siblings who are reared together are more similar in IQ than siblings reared apart.

Similarly, when children are removed from deprived environments and placed in homes that are more conducive for learning, they show increases in IQ. While all this so far works on a more individual basis, it serves to set the stage for the big picture: groups.

What in the environment could cause these patterns and changes in IQ? Socioeconomic Status, Health, and Nutrition, and Education. This is true on an individual level as well as it is on a group level. The quotation below was pulled directly from the source as I personally couldn’t find a better and more concise way of putting across what the author said:

Inspired by the Week 12 SHT topic, this blog post is meant to help me properly articulate my thoughts within the topic of systemic racism and its consequences on the population. However, there is no room here for politics so I’ll leave it at this: the ethnic and racial differences in IQ scoring have nothing to do with biological or genetic limitations specific to one or more racial or ethnic groups. These scores are a product of the environment, the system under which they live and experience. We’re all well aware of what’s been happening in the past several months. Things have transpired in such a way that, from January to March, the news of current events have been particularly jarring. Among the coping culture of younger generations comes the production of memes in popular social media. Among these, we have the above: in which, ten years in the future, “2020” is a trigger for memories of what’s happened so far this year. From WWIII concerns to the current pandemic, its fair to say that the year has so far left a strong impression on us all.

So, how does this happen? There’s two possible options that I’ll discuss in my blog post. The first is flashbulb memories, which are very vivid memories within our autobiographical memory (most typically episodic memory). These flashbulb memories are closely associated with flashbacks, which are again closely associated with trauma or moments of substantially strong enough emotions, which can include receiving major news. In the month of January, there was a WWIII scare, which led to a deluge of social media referencing and which may have affected people to a certain degree, perhaps strongly enough to warrant the creation of flashbulb memories. However, while I’ve described flashbulb memories as being incredibly detailed and vivid, there’s one caveat that we must keep in mind: even though flashbulb memories are far more long lasting, they tend to be less accurate than our everyday memories, no matter how much more more we tend to feel more confident as to their accuracy.

A process through which we relive these memories is through recall initiated by what is widely regarded as a trigger, though is more scientifically known as a retrieval cue. Retrieval cues are stimuli that are relevant and closely related to other information that activates connections (formed through associations) within our brains that lead to other memories. Cues can cascade and waterfall – as we cue and remember specific information and memories, they can in turn cue even more information and memories.

Another potential contender that we have to explain the meme is the cognitive psychological phenomena of the reminiscence bump. Here, we have a strong recall of our autobiographical memories happening in our teens and 20’s. In short, older adult’s strongest memories are are of events and experiences that occurred between the ages of 10-30. The reminiscence bump applies to both semantic and episodic memories. Herein, we have three potential explanations (or perhaps even a mixture of all three or other combinations) as I learned them in my Psychology of Aging class:

Within my Cognitive Psychology class, we discussed another two potential factors:

Now, I’ve mentioned two aspects of memory that I haven’t explained so it would only be right to properly define them for the audience. Episodic memories are a form of autobiographical memory; they’re narratives of our lives, recollections of events relevant to us like my mom’s wedding on the beach when I was 8 or the first time I swam a 50 yd freestyle sprint in under 22 seconds (CAC’s last year). Semantic memories, on the other hand, are statements of fact and are not necessarily tied to our personal lives – don’t have to be autobiographical. What’s the capital of France? What’s the legal drinking age in the US (though that may, perhaps, be of some personal relevance to some)?

Bottom line, I believe that whichever phenomena through which people remember the so-far memorable year of 2020 is something that is subjective and not necessarily mutually-exclusive. For some it could be one or the other, and for others it could be both. If you’ve enjoyed my blog post and/or have any questions for me, please don’t hesitate to to leave me a comment!. Best wishes in everything! What is synesthesia? Here I attempt to explain the phenomenon and some relevant theories in layman’s terms. So, what is it? According to some researchers:

Knowing that synesthesia is the concurrent experience of one sense as a result of stimuli affecting another sense, we continue on to the formation:

Understanding the basics, we’ll get into the nitty gritty of things. We’ll briefly discuss one of the prominent theories behind synesthesia in this blog post: cross-activation theory. The cross-activation theory was first proposed by Ramachandran and Hubbard in a 2001 study and finds its basis in a process called synaptic pruning.

Cross-activation theory suggests that synesthesia occurs due to an increase in neural connection between two sensory modalities caused by the brain not pruning enough synaptic connections during early childhood to keep the different modalities entirely separate. In English: the brain doesn’t trim the neural connections between different areas of the brain that process different senses like it does in the average, neurotypical person. Their theory stems from the observation that the brain areas involved in letters and the brain areas involved in colors are actually right next to each other in the brain. Associating words and letters with colors is actually one of the most common forms of synesthesia, also called grapheme synesthesia. I personally find this to be the most interesting and easily understood of the theories behind the condition and one that I could actually explain. I tried my best to put this into English so please let me know how I did!