To figure out if it was the brain mixing up the syllables or if it was coming from the mouth, in 1982 researchers Ralph and Lyn Haber conducted a study asking participants to read two types of sentences, one containing a tongue twister, and one that was complex but did not contain a twister. They found that participants slowed down in sentences with tongue twisters even if their tongue wasn’t in use, this would be sounds like “p” and “b”. This says that the brain is confusing the sounds before they even get to your mouth.

To further this research, in 2013 a team from the University of California put electrodes in the skull of epilepsy patients to record electrical activity in the brain. They found that the neural patterns that lit up when they pronounced consonants were different from when they pronounced vowels, even though they are using the same tract. They also found that the brain split phonemes into 3 groups- front of tongue, back of tongue, and vowels. Sounds formed in the same area are easier to switch up, which is why twisters like “sally sells seashells” are harder to say.

Another group of researchers from MIT had participants say a combination of words in two categories- one of them was simple words like, “Top Cop” and the other one was a sentence of words like, “The Top Cop Saw a Cop Top.” After some trials, here was one set of words that they found most participants had a struggle with, and when asked to say it multiple times they gave up, this list was, “Pad Kid Poured Curd Pulled Cod” and it might be the hardest tongue twister to say.

So why are tongue twisters so hard so say, and what makes this one especially difficult? They said that tongue twisters have qualities that the brain tends to reject, a string of quick but distinct phonemes. They analyzed the participants saying the twisters and found that the most common mistakes came from double onsets, like ‘Top Cop’ becoming ‘tkop’ or ‘toy boat’ becoming ‘tuh boyt’. This suggests that there is an overlap in brain processes used in speech. The research at MIT hasnt been finished, but they hope to to find more connections in the use of double onsets and the types of speech.

There are a lot of different kinds of puzzles that can get you to really think. Ive always thought puzzles were fun and interesting in how they can sometimes trick us. People say that puzzles are good for your brain and can help with memory, is this true? 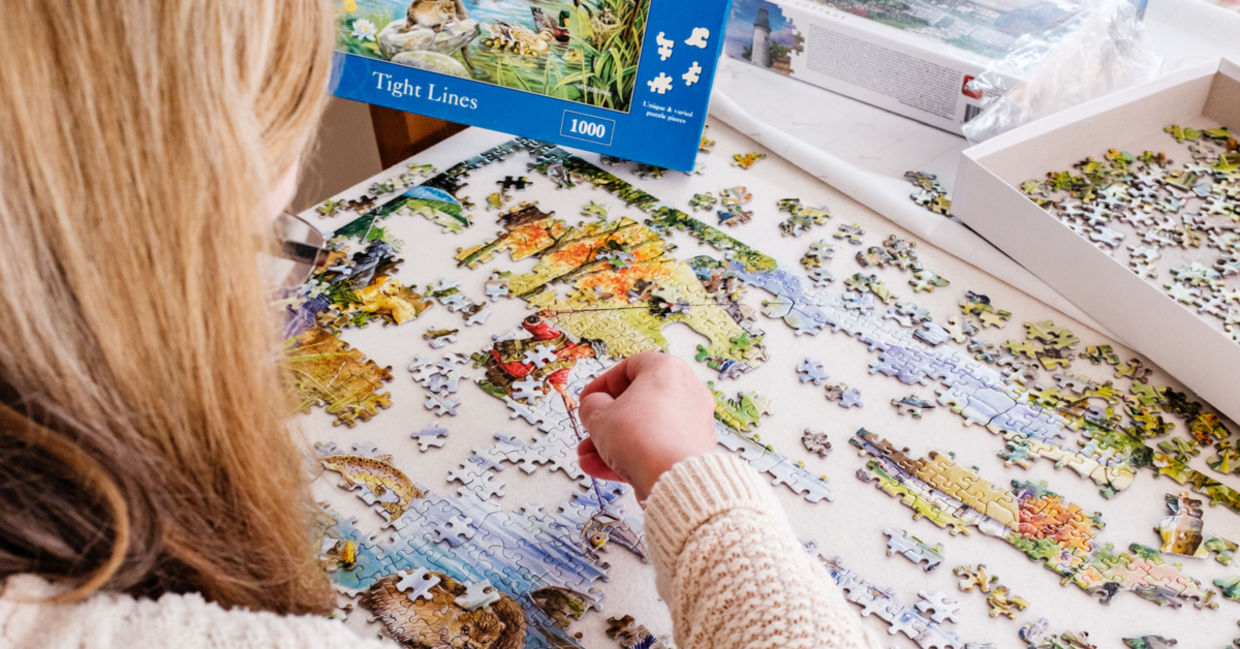 This article talks about different ways puzzles are good for your brain. Yes, puzzles can exercise your brain! If you’re doing a crossword puzzle you are working that part of your brain. The more of one task you do, the stronger and better you will be at it. They can also improve your memory, working on puzzles can help reinforce connections. There are cases of Alzheimers patients that show slowing of symptoms when they work on puzzles more. This psychologist even talks about how he recommended crossword puzzles and sudoku to someone with a brain-degenerative disease, and the doctors saw significant slowing after he started working on them. Puzzles can also improve problem solving and visuospatial skills. When working on a jigsaw puzzle you are looking for pieces that fit with others, and if done regularly it can have a big improvement.

This article also argues that puzzles can improve mood and lower stress levels. I would disagree with this. There have been times where I’ve been working on puzzles and cant seem to find the right answer or right piece and I get very frustrated. I think if you are working on something for an extended period of time you can start to get annoyed with it which will lead to more frustration. It also says that puzzles can increase your IQ, which I also disagree with. At most, I think they could boost areas of your brain, but the best way to improve your IQ would just be to study and actually learning. One article says that not much can actually improve your IQ.

I think puzzles are fun and a good way to kill time when bored. Yes, they do have some benefits to them, they can boost certain areas of your brain and memory, and if you do some crossword puzzles you could learn some fun facts to tell your friends. But, if you’re doing puzzles to try and get smarter, you aren’t helping yourself that much and it wont make a difference on an IQ test or anything like that. Whether you’re writing a paper, talking to someone, or just thinking about something, at some point in your life there has probably been at least one time you’ve had trouble to recall a word, and you probably said ‘its on the tip of my tongue’ when it happened. This isn’t just something that people say, its real, and its actually called lethologica– the inability to remember a word or name.

When this does happen, you might say, “Oh it starts with a E,” or make up a word like thingamabob or just try to explain what the word is in order to stall time until you remember. Most people have probably had this experience at least once in their life, if not more. In fact, studies suggest that about 90% of people that speak different languages from all over the world have these moments where we are unable to retrieve  words from our memory. On average, it happens to people about once a week and occurs more frequently as you grow older.

We often don’t think about language being complicated because usually it comes so easily to us, so when something does go wrong and we cant remember a word we might get annoyed. So why does it happen? A few different things are thought to cause it, one of them being how tired you are. Being tired or having a lack of sleep can make it more likely to happen. Something else is how well it was encoded when you first initially heard it, or if there are any other memories that might be trying to push their way in front of it.

You might now be wondering if there is any way to prevent this from happening. Some researchers, Karin Humphreys and Amy Beth Warriner, believe that the longer you spend trying to think of the word, the harder it will be for you to come up with it again in the future. Instead of learning the correct word, people learn to go to the state of trying to retrieve the word. A study was done to test this and it showed that the longer you spend in the tip of the tongue state, the more likely you are to encounter it the next time you go to use that word. This is thought to be a result of implicit learning. They believe the best way to prevent this from happening is to repeat the word to yourself to make a procedural memory, which will then decrease the negative effects of your tip of the tongue experience with that word.

While this can be annoying and inconvenient especially if this were to occur while taking an exam, it is something that happens to most people. The next time this happens to you, try to look up what you’re thinking and it might help you find your answer. Since this usually happens with words we don’t know as well, maybe even try to learn what exactly it means and other ways it can be used so if it ever happens again, it might be a little easier to come up with. Do you ever hear something and swear its says one thing but your friend swears they hear something else? What about seeing something? This is called the McGurk Effect, a perceptual phenomenon that demonstrates an interaction between hearing and vision in speech perception.

This may sound familiar to you, remember the dress? Did you see black and blue or white and gold? This is an example of the McGurk effect. There is an explanation behind it though, the image was really low quality and taken in bad lighting, so your brain is filling in the gaps between the colors. It can also become effected by the settings you and your phone are in. The lighting can have an effect on it and so can the brightness of your screen. 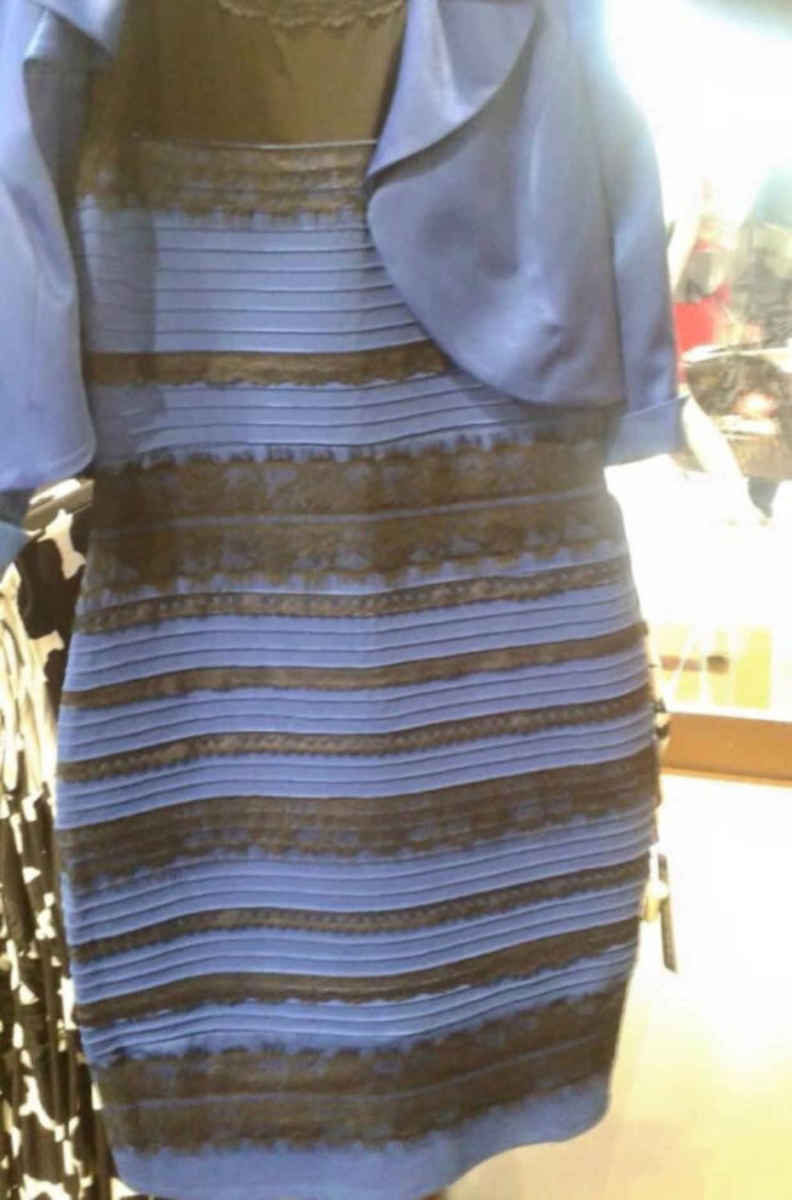 Another example of the McGurk effect is Yanny vs Laurel. It actually says something more like “Yarel,” but much like the dress, its a low quality recording so your brain fills in the gaps between the sounds. The speakers being used can also make a difference depending on the frequency or volume they are being played at.  Yanny vs Laurel 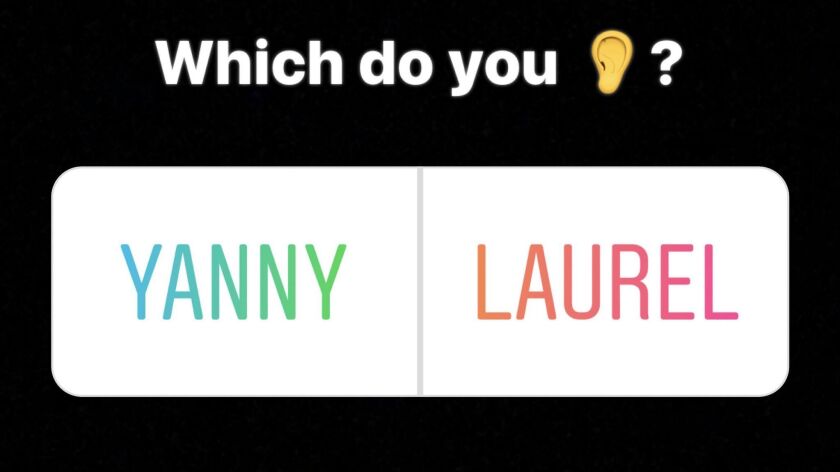 So what makes it different? If arguing with someone about this, its because their brain is filling the gaps with one thing and your brain is filling it with the other. Did you hear one first and then had it switch? This could be because you talked to someone who heard the other and now are filling in those gaps with the opposite. What if you can hear both? You’re filling in the gaps with either one you choose now that you have heard both. A professor at NYU, Pascal Wallisch, said, “The reason these differential illusions like the dress and this recording are interesting is because they show how the brain does this, namely by combining incoming information with assumptions.”

Another example of this is when listening to the radio and a song you know comes on, but as you’re driving the channel becomes static-y and eventually all you can hear is static. Even though its all static and you probably have changed the channel, you can probably still hear the song in your head and if you know it well enough, could even still sing along. The McGruk effect is pretty common because your brain is always trying to fill in information that isn’t provided, the effect happens when your brain fills in one thing and someone else’s brain fills in something else.