Is the concept of Intelligence bias to just mathematical and linguistic intelligence?  IQ tests only seem to measure these concepts.  What about the concepts of spatial, intrapersonal, interpersonal, bodily-kinesthetic, naturalistic, and musical intelligence.  Howard Garnder argues there are multiple intelligences and that the modern concept of IQ does not cater to all kinds of people.

Yet you often hear things such as Freddie Mercury was a musical genius!  Freddie was never quite too savvy with math but was very fluid with his musical talent.  A mathematician could not be guaranteed to play an instrument fluidly. 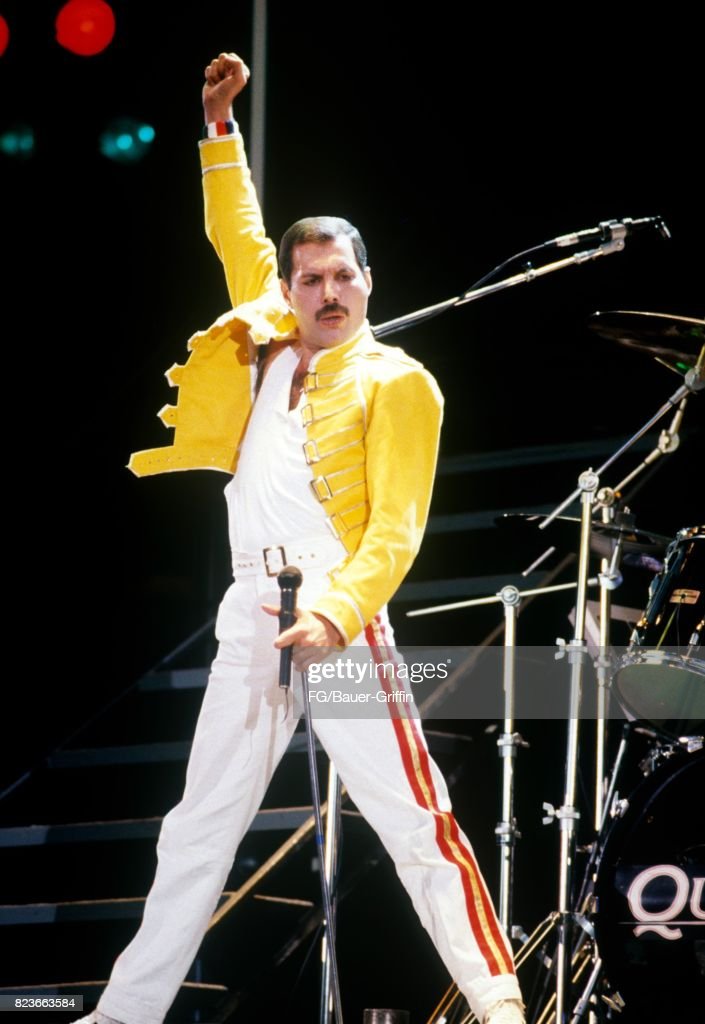 Is this stigma possibly harmful?

Public schools often stress English and math more as a subject.  The first things to be cut in budget cuts are the music program and the art program because it is seen as “unnecessary.”  Yet some people will make a living off these “unnecessary” topics.  Musicians often are stigmatized as lazy and not hard working.  Yet it is obvious the skill requires a specific intelligence.  It seems as if a person has to be obviously successful in a field of arts or music in order to be seen as intelligent and appreciated.

We have covered recently in class that intelligence is a concept of being able to adapt, succeed, and improvise.  With this in mind, any skill can have intelligence applied to it.

How relevant are learning styles anyway?

I believe that I am an Aural Learner.  I thrive in classes that require group discussion.  I often repeat information out loud and asking for a confirmation.  After receiving confirmation my mind is at ease because I can finally allow that information to settle into my brain knowing it is accurate.  I am typically the loudest student in class because I am frequently asking questions.

Despite all of our preferences, there is no actual evidence that supports the theory that matching activities to one’es learning styles and inventories such as the VARK  will improve information retention.

So if this is the case then why are these learning styles still true?  According to Pashler and his colleagues point to some reasons to explain why learning styles have gained—and kept—such traction, aside from the enormous industry that supports the concept.  First, people like to identify themselves and others by “type.” It is similar to the popularity of astrological signs.  These categories help justify certain behaviors and make an individual feel special and understood.  For example, if a woman born in March is having an emotional day she may blame it on the fact that she is a Pisces.  For example, a person who is a visual learner fails an American History test and most of the lectures were said verbally with no powerpoints.  They could easily justify their failure due to the teacher not catering to their learning style.

If you think about it logically we all have abilities to process things visually and verbally.  If you recall in this class we have learned how we have analog memory and proposition memory theory.  One theory cannot replace the other because neither can be disproven.  Analog memory is used in instances when you remember the size comparison of an elephant versus a rat, it is not imagined in ounces or exact weight, but a mental picture.  Proposition theory explains that things are remembered in words.

Overall the concepts of visual memory and encoded like information work together in the concept of learning.  You cannot simply just rely on one learning style.  People can become too dependent on a method working for them that they shut out the idea another method may work.

Some teachers base their class off of catering to learning styles and it loses sight of the need to build their lessons around to learning the material itself.  It reminds me of the dilemma with SOL tests in Virginia.  Teachers would base the curriculum only off of material that would be on the test.  Passing rates would be detrimental to the teacher’s success rates.  Therefore students would only learn just for the sake of passing the test, not for the sake of learning new information.  Each lesson plan and subject matter probably has two best methods of teaching it.  For example solely teaching algebra aurally would be ineffective, it needs a visual platform.  The method needs to be crafted with consideration and detail.  In theory that should yield a better outcome.

Have you ever heard the saying that a person can play music by ear?  I always found this to be a bit perplexing.  I began learning the cello when I was in 5th grade and continued until 8th grade.  I still remember bass clef  to this day, however I could never play a song on my cello just from hearing it once.  I would need sheet music.

So for these people that are able to play by ear, is music like a language to them?  Are their ears tuned to the pitches and tones as if it were the back of their hand?

I have also heard that music improves cognition.  For example if you practice music you perform better in math.  I heard this frequently in Orchestra and with all the time measures it makes sense.  Music is built on time, timing, and tempo.  The brain becomes a timer that syncs your arm movements to match the tempo of the Orchestra.  It is quite fascinating how it all comes together.  But does music actually have anything to do with improved cognition?  Some people believe so. 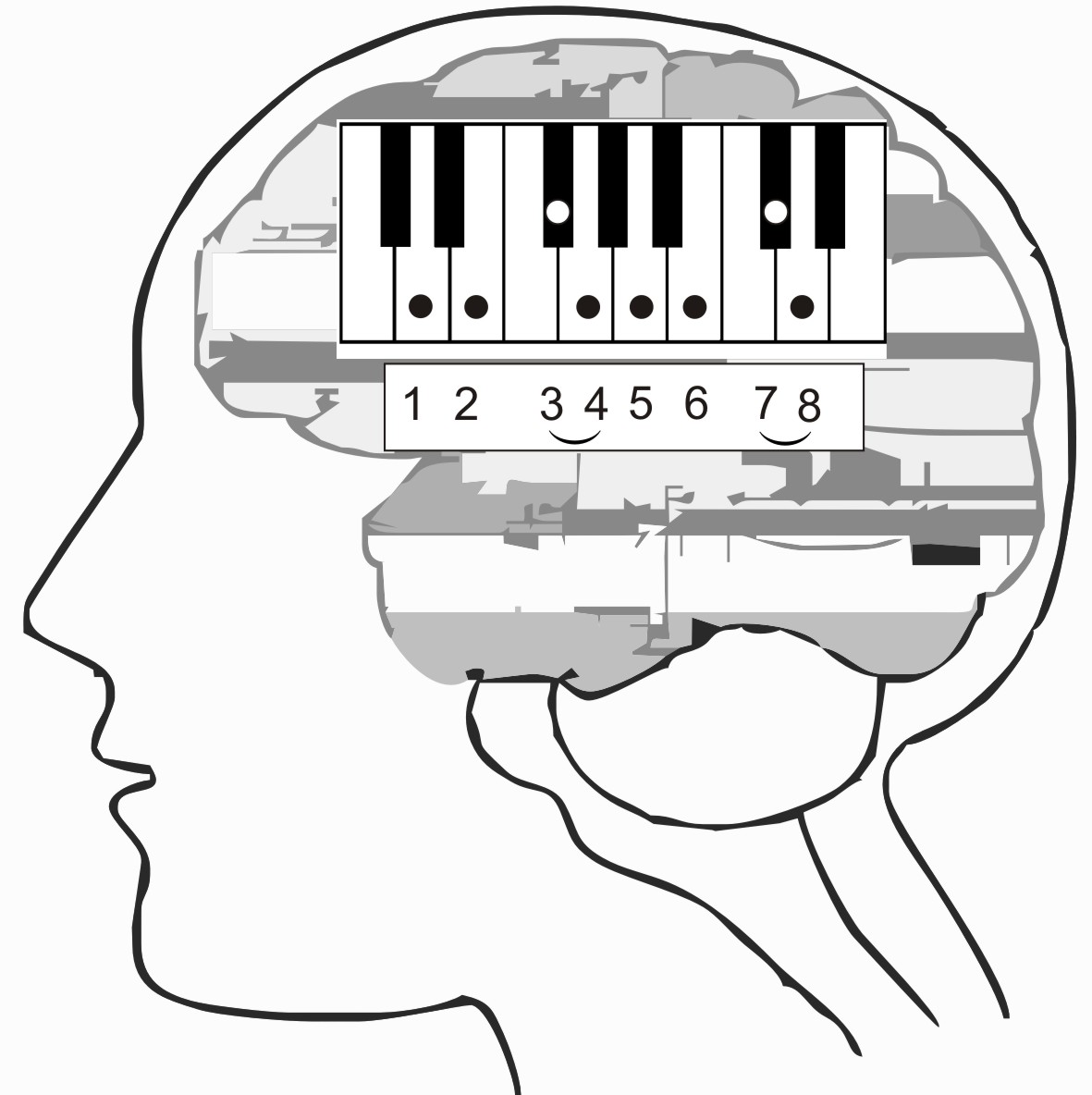 Two scientists at University of Auckland, Patston and Tippett tested two groups of adults to investigate a similar matter.  The study was about whether brains of musician’s process music in the same brain area where language is processed.

The first group was of 36 musicians that had been studying music for at least 10 years and had experience with performing at University or national level.  The non-musicians had less than four years of musical training or no training.

When observing results musicians performed better than the non-musicians on both tests under all conditions.  Musical training seems to enhance cognitive ability.

The test has room for inaccuracy however due to there being a possibility of IQ levels being different between the two groups.

Non-musician’s test scores had no significant difference when testing under the different musical conditions.  Only two out of the entire group even noticed that one portion of the music being played was being performed out of key.

When being given the visuospatial tests the musicians performed well regardless of the inclusion of music or silence.    Music is processed with different brain areas than the visuospatial stimuli are processed.  It was expected to do no harm on the score.

However when analyzing the language tests, the musicians performed worse on the test than when music was playing.  This result possibly proves that music and language are being processed by the same neural networks.

It could not be an issue of divided attention, or being distracted by the music.  If it was the muscleman would have done equally bad on the visuospatial test.  Meaning that musicians process music as a language.

So perhaps these talented people that can play by ear process music like a language too?  Which would make it so much easier for them to re-enact it. Can this process be learned for just anyone if enough time is put in?

People who have ADHD are more likely to experience difficulties with the attention blink test.  Due to their difficulty to stare at a fixed space and attention deficit they miss more letter sequences.

To put this into perspective, this can be applied to the real world for any given person in circumstances such as if a driver in front of you is swerving off the road, you will briefly become focused on that catastrophe (attention blink) in the making and lose sight of the specific details of the traffic around you in that moment.  I can only imagine how difficult it may be for a student in a classroom that is not on ADHD medication and is trying to pay attention to a lecture but sees phones lighting up with notifications or hears students talking outside in the hallway.

As someone who has ADHD (not on medication) this makes sense to me.  When doing the attention blink test on the Zaps program used in my Cognitive Psychology class there was a continuous stream of 80 different tests.  I found myself fidgeting in my seat and having to take breaks.  It made me feel irritable and impatient and I had a hard time finding the first letter in the sequence for the first few trials.  Eventually I sort of picked it up but I struggled finding a second letter in the sequence.