Have you ever felt drawn to answer a certain way, despite knowing nothing about the information? Have you ever gone out of your way to use a certain brand of a product, despite never using that product before? 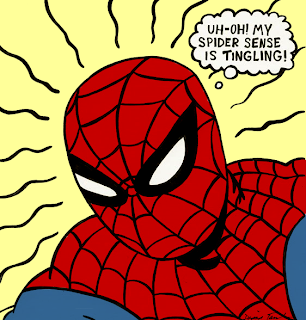 Those unexplained actions are probably due to the mere exposure effect and implicit memory. The mere exposure effect manifests as you preferring something that you’ve seen before, even if you don’t remember seeing it before. Think about going to the grocery store for the very first time after going to college. You desperately need toilet paper, but your mom isn’t picking up the phone and you have no idea what your family uses at home. You survey the aisle and eventually decide on a brand seemingly at random, but you later find out that that is in fact the toilet paper you use at home.

As for a more scientific example, the article “Foolish Familiarity” posted by the Association for Psychological Science talks about a study conducted in which participants were asked to play a difficult and boring game. After that, the participants were told the next round would be for a prize, and then given the choice between two more games to play. One of the games had a very similar logo to the first game, and the researchers told the participants that they would likely lose and thus not get the prize. Despite that, the participants still chose to try their hand at the harder game with the similar logo due to the subconscious familiarity of the logo (https://www.psychologicalscience.org/publications/observer/obsonline/foolish-familiarity.html.)

This is a classic example of the mere exposure effect. The participants likely did not closely examine the game logos before playing, and they had no knowledge of what the familiar logo game would be like, but they still chose to play it. They ignored the warnings from the researchers that they likely would lose the game and not receive the prize, and the mere exposure effect won out. Furthermore, the study showed that time pressure would increase this effect, highlighting the natural instinct of humans to choose what is familiar over what is better.

Implicit memory is also connected to a phenomenon called the “illusion of truth.” The illusion of truth is an effect of implicit memory in which claims that are familiar end up seeming more plausible or even true. In fact, in one study, participants were shown statements and asked if they were true or false. If the participant had been shown a false statement beforehand and even were explicitly told that it was false, they would still say it was true simply out of familiarity (https://exploringyourmind.com/illusion-of-truth/.)

That study is a perfect example of the illusion of truth, as the participants were explicitly told a statement was false, but would still say it was true later. I think it’s amazing how strongly the human brain latches onto familiar items and information despite blatant indications that that is not correct or the right and practical choice. I am absolutely positive that many of us, myself included, have answered incorrectly on a multiple choice exam because we’ve seen the one answer option that just seems so right but turns out to be so, so painfully wrong.

6 thoughts on “Spidey Sense? Or Tricks of the Mind?”