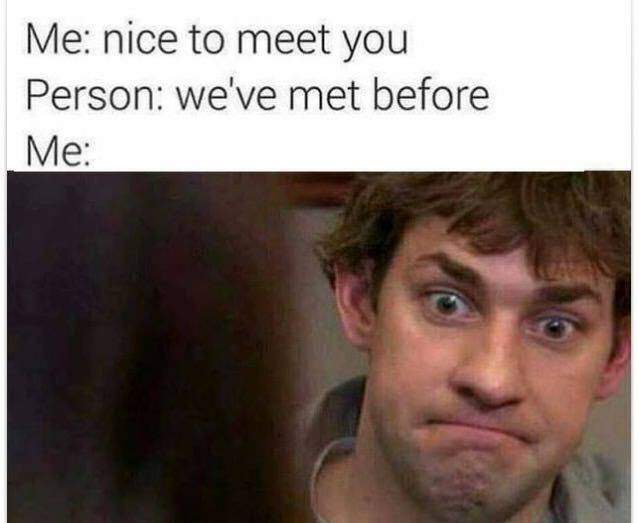 Imagine your daughter/son and a few other students getting off the school bus and you (the parent) can’t recognize which child is yours. It’s one thing when you forget a name, it is worse when you can’t recognize the face. This is something that affects more people than you know! The cognitive term for this disorder is developmental prosopagnosia which means the inability to recognize familiar faces, aka face blindness. This term has struck a lot of attention on CBS news because this is a disorder that affects 1 out of 50 people. This disorder similarly resembles those individuals who have trouble remembering faces and names due to brain damage, however, it is not the same. The question then shifts to how/why.

How do people end up with this disorder? Research provides evidence that its caused by the undeveloped mechanisms in the brain for facial recognition. This affects many people in our world. Even celebrities have come public with “having” the disorder. One in specific that got my attention is Brad Pitt, which makes me speculate why his marriages with his former wives (Angelina Jolie and Jennifer Anniston) didn’t work. Often, people with prosopagnosia have problems in social settings. Imagine how annoying it is to walk by your best friend and them not even speak to you. Those with the impairment depend a lot on other visual clues such as hair color, height or possibly clothes, to help them recognize the person.

Think about those affected by DP and how their work/occupation is affected. Many occupations require good facial recognition such as a police officer, investigator, security guards. Investigators need to use facial recognition for much of the job such as witness recall/testimonials. Many security guards are responsible for matching faces with proper identification, so those with the impairment may not be the best candidate. The best people to be equipped for these jobs would be those who are extremely good at facial recognition (aka super recognizer). This impairment would also affect how  prosopagnosic views television programs because they aren’t able to follow the identity of the characters. One can see just how the impairment can truly affect everyday tasks.

There has been research done on prosopagnosia but there are still many unanswered questions. Some questions include: what genes are involved with the developmental prosopagnosia and which brain areas are impaired due to the disorder. Once these questions can be answered, we will be able to have a broader scope of prosopagnosia and will be more able to develop methods to correct the disorder. I believe this topic is really interesting. The fact that some people aren’t able to fully develop something this vital blows my mind. I also hope that at some point in history, we can better know what we can do to counteract the disorder.

Materials I used were as follows: