In class, we discussed a study conducted in 1979 that examined whether or not people would be able to correctly identify the most accurate version of a penny when shown a series of similar but slightly different pennies. In this particular study, it was found that people were unable to correctly pick out the real penny despite it being an object they saw frequently in their day to day life. These findings were important in establishing the importance of active encoding in successful memory retrieval, suggesting that work must be done in order for something to be stored in your memory, even if that object is in frequently in front of you. 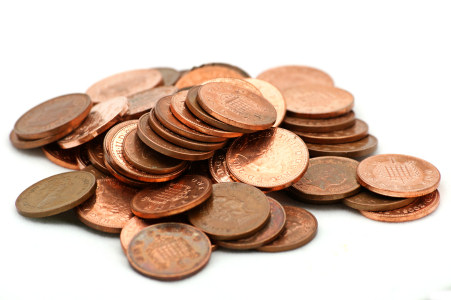 While obviously compelling, these findings left me with some questions after lecture. Sure, the penny is something people see quite frequently, but it’s also a pretty detailed piece of currency. It wasn’t designed to be easily memorized, only to be distinct from other coins and currency, so is it all that surprising that we aren’t able to recall exactly which way Lincoln is facing? What about things we see everyday that are meant to be remembered? Are things that are simple and designed specifically to be recognizable and memorable any easier to recall without active encoding?

Thanks to a study published in the Quarterly Journal of Experimental Psychology, which was recently reported on by Buzzfeed, those questions and some have now been answered. Researchers at Ghent University in Belgium asked 85 participants to draw the apple logo from memory. They then had those participants identify the true Apple logo from a series of similar, but slightly different, versions of the famous logo. Like the penny study, majority of the participants were unable to accurately identify the correct logo from the options given, supporting the idea that active encoding is necessary for successful retrieval later on.

What was interesting about this study were the additional conclusions drawn by the researchers. While the Buzzfeed article stated that the experimenters believed their results stemmed from the fact that people might not bother to remember the logo because it’s so prevelant that we have no need to do so, the original study discusses it’s findings in slightly different terms. As we learned in class, people often use schemas to fill in missing information. Researcher’s in this particular case believe, based on the drawings done by participants, that people used their schema of what an ideal apple logo should look like (e.g. apple shape, stem) instead on relying of their actual memory of the logo, resulting in recall errors.  Even in cases where the logo is simple, in your face almost daily, and designed to be remembered, it is still possible to have an inaccurate idea of what something looks like.